Do you own or live in a house that was built before the 1960s? If your answer is yes, then there is an excellent chance that your home's plumbing has galvanized plumbing unless there has been an upgrade within the last forty-five to fifty years.

Galvanized Pipes or Not

If you are not sure what kind of pipes are in your home, there are some easy ways to tell which type you have by using a heavy-duty magnet and scratching a little off the surface of them in different areas of the piping with a tool. The reason to check in different regions of the pipes is that there could be upgrades in just a few places and not the entire home.

Once you have scraped the surface, the color of the pipes should be as follows:

The lifespan of galvanized pipes are no longer than fifty years, and since they have not been utilized since the 1960s, they have already passed their expected lifetime. If you have any galvanized pipes within or outside of your residency, then you need to have them checked and replaced as soon as possible by qualified professionals.

Galvanized steel pipes were covered with Zinc to help keep the product from deteriorating, but with time they start crumbling from within, due to the rust and calcium build-up that begins to form, making the inside width of the pipe smaller. The more the rust and particles collect within the piping, the less room there is for water movement. The decrease in water flow helps to increase the chances of having the piping leak or break from the pressure that can build up behind the water outlets. When you have pressure built up, you can then end up with water damage that can be very costly for the clean-up, as well as if it is anywhere in or near the foundation it can compromise the foundation.

Other signs that you have problems with galvanized pipes are rust or brown colored running water after the outlets have not been in use for a while, decreased water pressure, rusting on the outside of the pipes or at the joints.

When you are evaluating your plumbing system, it is also a good thing to know what kind of piping is used from the house out to the water source (whether it is a public water system or a private well). It is essential to know if the external piping or connections to the water system has been replaced at any point because galvanized and cast iron tubing was not only used for residential housing, but for many central water systems for municipalities. You can contact your local water supplier, and they should be able to tell you what kind of tubing system is in use.

If your residence had the upgrading done to the pipes but the city’s system has not, then you could have lead contamination coming into your home. It is also a good idea if there is any doubt about lead contamination, to get a water sample tested.

If you do find that your home has galvanized pipes, your insurance may not cover any problems that could appear, due to the age of the pipelines. So it is advisable to have your plumbing evaluated before it is too late. 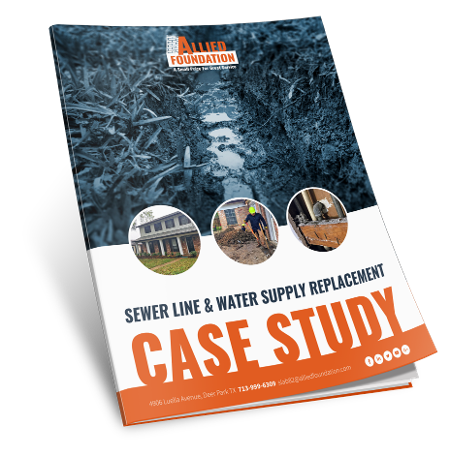